Just days after Pligg CMS went on sale, 900dpi, the CMS that makes use of Dropbox to quickly launch and manage websites, is set to shut its doors for good. 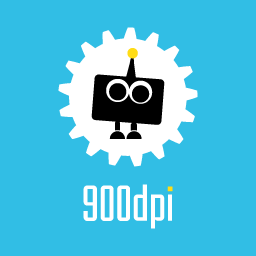 When I first got my hands on 900dpi back in 2014, I was impressed by it. It had charm, a simple interface, and plenty of wiggle room for a developer to code something brilliant. Plus, all you really needed was a dropbox account.

Now, I hate being the bearer of bad news, but unfortunately, this new piece is just that. Bad news.

The 900dpi team sent out an email to their subscribers yesterday, with the sad news of their impending shut down.

Apparently, its the vastly evolving CMS market that has killed 900dpi:

“In 2013 we embarked on a great journey to create a CMS that was easy and intuitive to implement for designers and developers. We are so proud of the work that we put in, and that we were able to create a product that helps to make your lives easier.

However, over the past year, we have realized that 900dpi cannot meet the rapidly expanding needs of the CMS market and its users. We have decided to close up shop on December 31st, 2015.”

According to the email, existing 900dpi users have until that date to find a new solution for their Dropbox-driven websites. After that, their files will remain in their Dropbox folders as per usual – they just won't be live on the web anymore.

As for hosting payments made for periods after December 31, 2015, 900dpi have confirmed that refunds will be going out within “the next few days”.

The 900dpi team helpfully pointed users towards platforms which, only a few weeks ago, would have been competitors. CloudCannon, Harp were among the names they listed.

Like I said before, this is sad news. It's never pleasant to see a solid CMS shut its doors, but with the recent news of Pligg being sold to the highest bidder, one can only hope that we aren't seeing the start of a horrible trend.

For one last look at 900dpi before it's gone forever, check out their website.