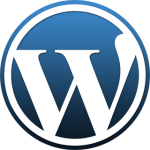 WordPress has won the top prize in the 2009 Open Source CMS Awards that are put on every year by Packt Publishing from the UK.

This year, it has been granted the title “Best Overall Open Source CMS”

WordPress now has some additional credibility in the CMS market instead of just being considered a blog platfom.