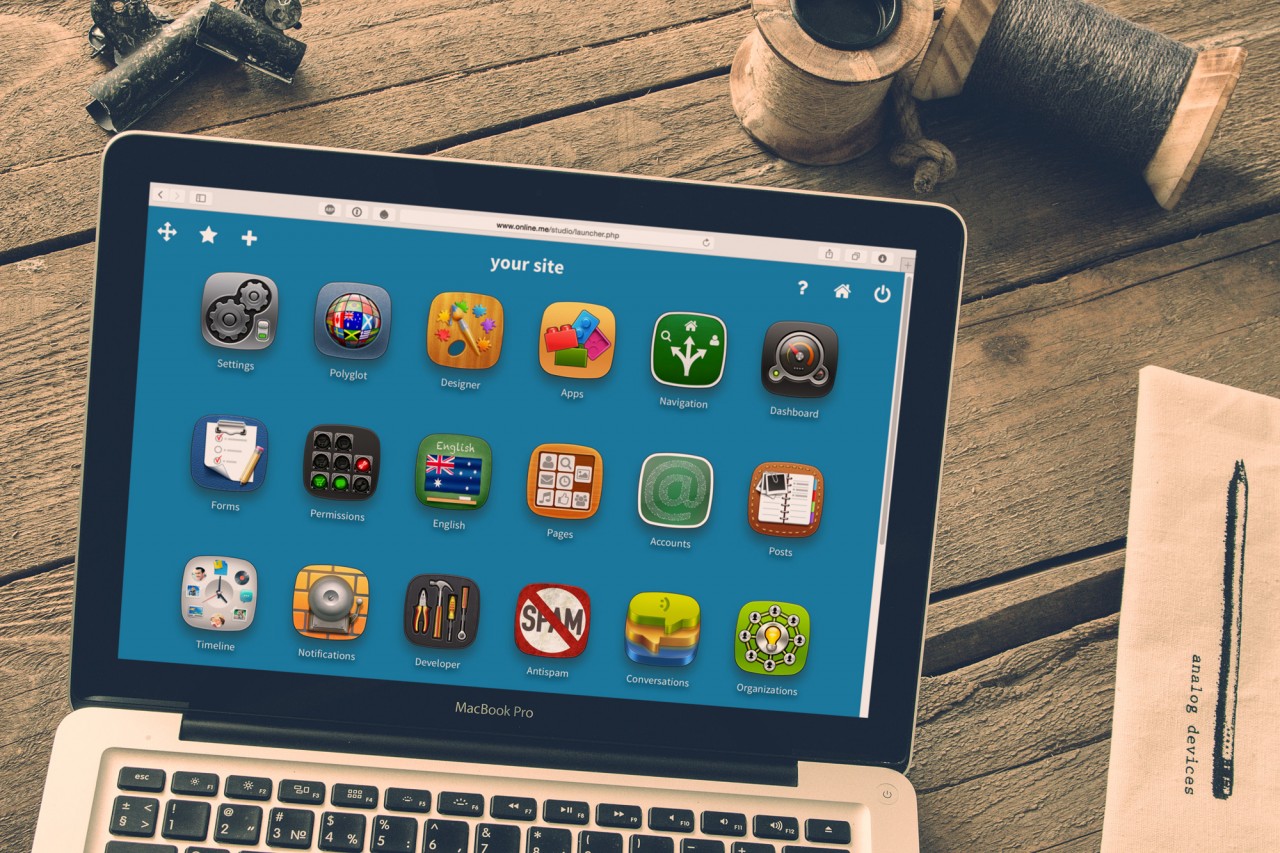 Currently in Beta, Trident is a self-professed SCMS — a Social Content Management System.

Trident is being driven by the highly experienced team behind Boonex Dolphin, and can be downloaded and installed to a hosting server before being extended and tweaked through various apps.

At first glance, Trident looks like the sleek and sexy platform which the social networking space has been crying out for. But let's not judge this book by it's cover. Here's what Trident can do.

On top of looking the part, Trident is designed for responsiveness.

Most traffic to social networks come through mobile devices, and Trident have prioritised accordingly:

“We test on mobiles, tablets and desktops, and make make sure that all graphics support 1x and 2x resolution, and all interface icons are vector-based. Typography, link targets and navigation are all optimised for tap-control and reading from compact screens.”

Here's a further breakdown of Trident's responsive features, as well as all of its other capabilities. Every page and every action in Trident is designed for mobile devices first and foremost.

The Trident team says that they have, “acknowledged that today's social networks receive more mobile traffic than desktop traffic. So, we've created the system that is not just adapted for mobile devices, but is built for them from ground-up.”

All modern mobile devices have beautifully crisp screens, and Trident isn't looking to be a platform that lags behind in terms of aesthetics (like many other SCMS). Trident is 100% retina-optimized with all its vector icons, CSS-based layouts, and hi-resolution graphics.

Trident is not like that. Instead, everything is automatic and simplified.

Previously, this feature was something only ever found in the top-tier global social networks like Facebook or Google+.

Trident though, supports multiple profiles under single account, meaning that one user can create a Person profile, an Organisation profile, and other kinds of special profiles. Users can also switch between their profiles on-the-fly.

The idea behind Studio is in the separation of site content administration and general site configuration. Administration can be done by trusted site members (such as moderators) or by hired admins, whereas configuration is a creative process that is best suited for the site operator or owner.

The aforementioned Studio is the place where all of Trident's site settings, pages, modules, languages, templates and plugins are controlled. These are called Trident Apps. Every app adds and changes functionality, just a building block. Users can mix and match Apps to achieve whatever type of social networking site they have in mind.

Essentially, Trident is aiming to make social network building easier for developers, designers, and administrators on the go.

For me, this level of responsiveness, flexibility, and accessibility ties in perfectly with what I called for from social networking space at the beginning of 2015. Because Trident seems to have hit the nail on the head so well, I'm personally excited to see how this Boonex project progresses in the coming months and years.

Learn more about Trident and try out a demo by visiting their website.