Peppermint OS 8 is a lightweight Linux distribution based on Lubuntu and with the latest release, it now includes a host of changes from the previous release. As such, I thought I'd tackle a Peppermint OS 8 Review and see what's new with the distro.

Installation, as with most Ubuntu based distros, is standard fare and works pretty much the same across the board. Unique to Peppermint OS 8 however, is a new OEM Install option, allowing computers to be shipped with Peppermint pre-installed.

This is a very smart inclusion by the developers and means that when computers are shipped out with Peppermint preinstalled, the user will be prompted for their own language, location, keyboard layout, and account details on first boot, allowing the system configuration to be unique to the new owner.

Upon boot-up, you'll be greeted with the standard Peppermint OS 8 desktop. Peppermint OS 8 includes the latest improvements including Mesa 17.0.2 for improved gaming and many others which you can read about in their release notes.

I've always been impressed with this distribution. It presents a very visually clean and collected installation absent of some of the bloat found in a lot of other similar distributions. The apps that come preinstalled are good choices (VLC, Chromium, Pixlr, Xed and others) and performance has always been impressive. The developers seem to really be focusing on helping users run a well organized and stable system with each release. 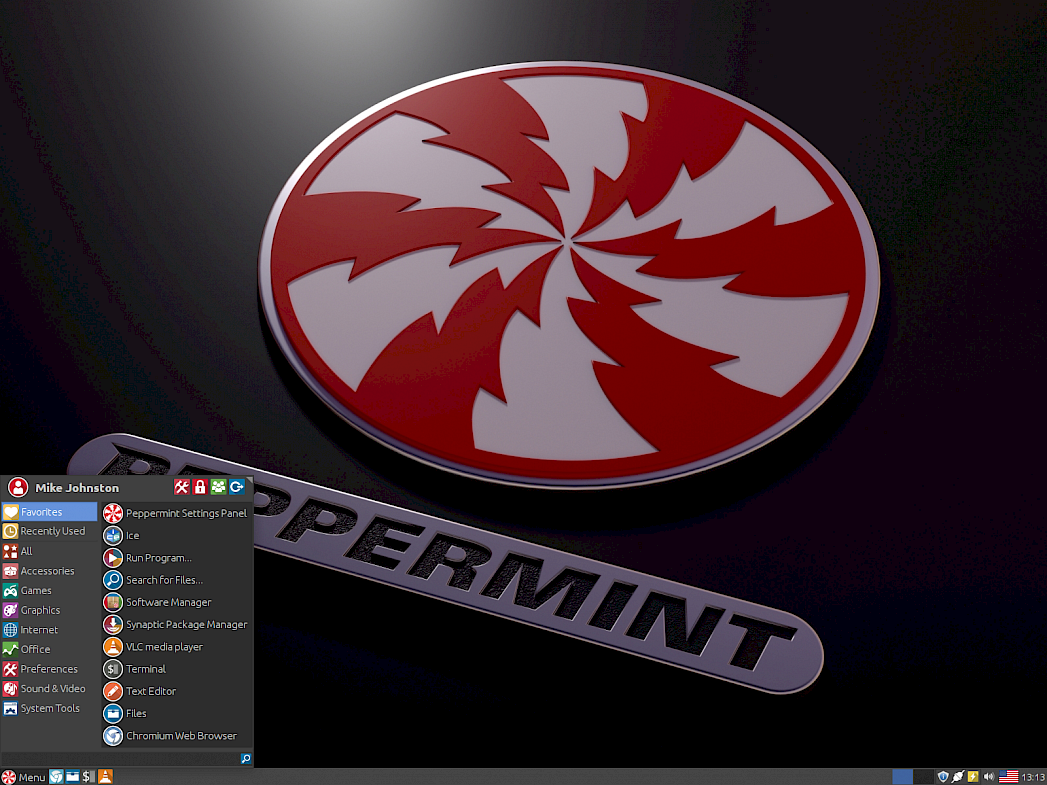 They also want to make sure that you have everything you need to properly customize and manage it as well, as can be seen in the newly updated Peppermint control center, which is chock full of goodies. For those who are fans of Numix, the Customize Numix Folder Icons entry allows you to change the type and colour of the folder icons when using one of the Numix icon themes. There's also a handy new addition to the control center in the form of a Tweaks category, with a number of additions you'll find useful for customizing your desktop experience.

Chromium makes a re-appearance in this release and the pepperflash PPAPI flashplayer is included as well allowing users who prefer this browser to display flash content with ease.

A small selection of quality games are included as well including the popular “Entanglement” and the quirky “First Person Tetris” – both of which make quick work of any free time you might find yourself having. Lots of theming options are present as well, including quite a few panel and window manager specific themes from which you can choose. Performance wise, the system is very snappy, even when running Chromium and a few other apps such as Pixlr (which comes preinstalled). For lightweight purposes, I'd recommend taking a look at Peppermint OS 8. It's loaded with tons of excellent apps, performance is very impressive and they have a great user community which is evidenced in their active forums.

If I was to give them one piece of advice moving forward, it would be to implement a welcome screen for new users that points out some of the excellent functionality and capabilities of the new distro. Without this, users are left exploring on their own. While that might work for those of us who've been using Linux for many years, new users need a bit of hand holding and I think this would be a great way to take Peppermint OS to the next level of user friendliness.

Otherwise, this is a great release. In my time running it, I've not encountered any bugs or lockups and performance has been impressive. Great work devs!

Grab Peppermint OS 8 today and give it a whirl.