With the recent release of Ubuntu 16.10, we thought we'd delve into the latest release of this popular Linux distribution and share with your our Ubuntu 16.10 Review. This review is intended for the desktop user.

If you hop distros as much as I do (see Trials and Tribulations of a Distro Hopper) then you're probably pretty excited to mess with this release. The installation process for Ubuntu hasn't changed a wink. As per usual, it's one of the fastest and easiest installs out there and for my hardware, worked without issue. Installation of third party drivers is quick and easy as per usual. Some people prefer to use the GUI to install drivers but I find the console still to be far more efficient for most tasks so I install all of my third party drivers with one line. 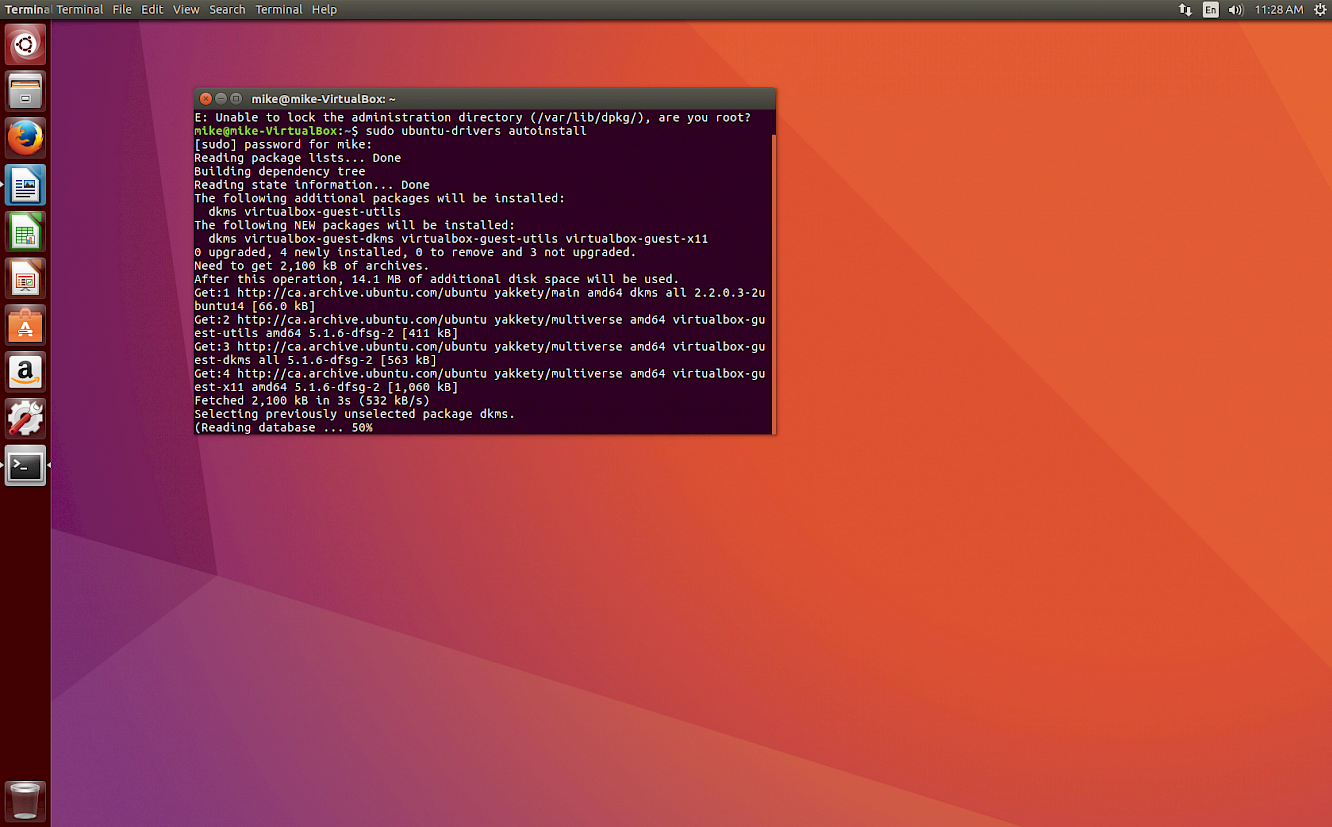 Ubuntu 16.10 doesn't visually look much different than previous releases but that doesn't come as much of a surprise. While Canonical is working on a new release of the Unity 8 desktop environment, the existing Unity interface hasn't changed much over the years and don't expect much difference here. On that same note, this release includes a preview session of Unity 8 and boy, let me tell you how much I hope this changes because it is simply awful looking. Yes, I am aware that this is not even remotely close to being completed but at first glance, it's frighteningly bad in my opinion.

To access the Unity 8 preview, simply log out of the desktop and choose it during the login by selecting the Ubuntu icon (shown below): This will bring up the two options (and of course, should you install any other desktop environments or window managers, those would show here a well): 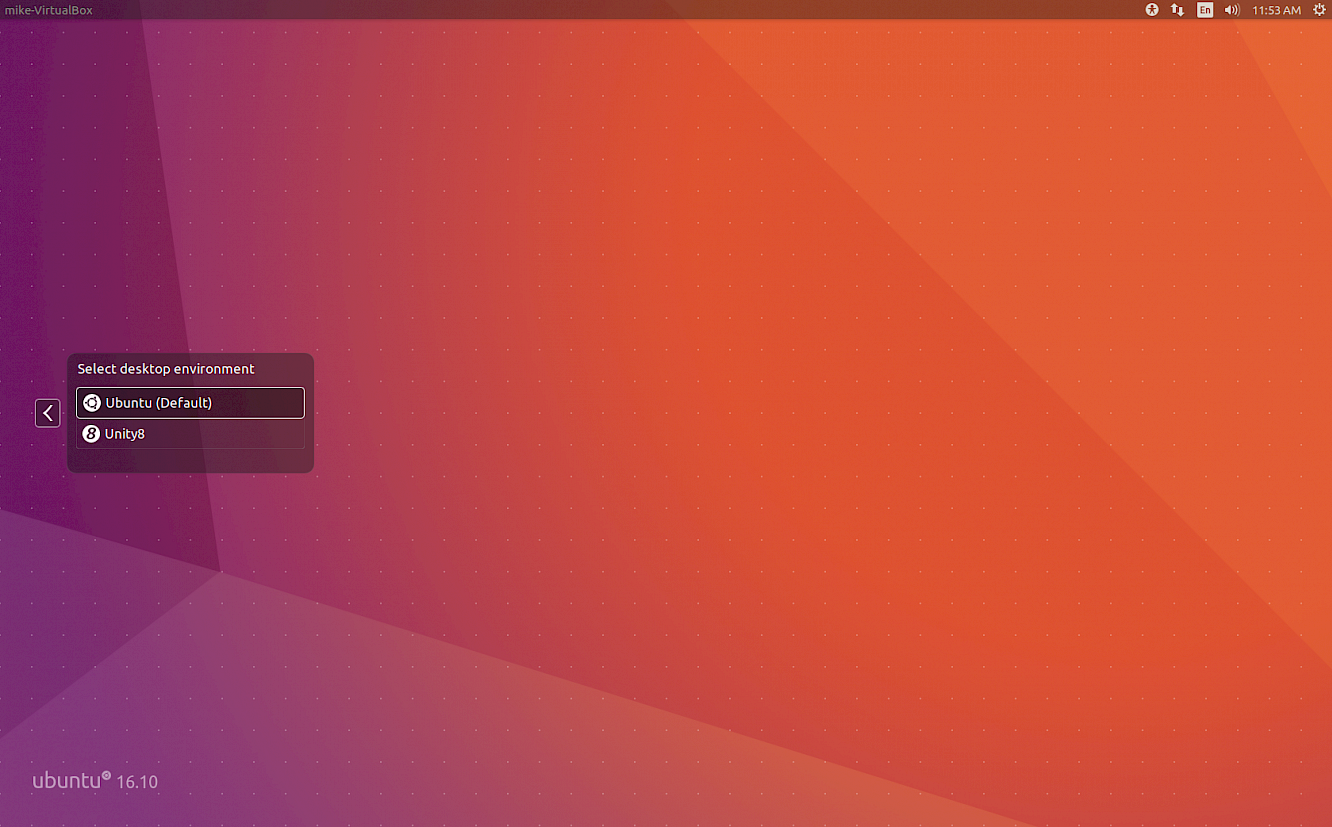 I'd show you what Unity 8 looks like but interestingly enough, during this review, when I went to login, it went to a black screen than kicked me back to this login screen again so I was unable to access the Unity 8 session. This only happened on this one Virtualbox install, however, as I was able to access it fine on my desktop. Perhaps a hardware issue, I'm not sure. Since it won't work on my install, here's a video showing the environment you SHOULD see:

A large portion of the changes to Ubuntu 16.10 changes pertain to the server / cloud end of things, which is excellent since Ubuntu is a very popular choice in both instances. To find out about those changes, check the release notes.

From a desktop perspective, the main changes are:

LibreOffice 5.2, during my testing, ran almost without a hitch and I didn't experience and glitches or issues of any kind initially. It was snappy, loaded quickly and was fully functional. However, when exporting and attempting to open a CSV file which a few lines in it.. the first time it opened perfectly and the second time it took almost 1 minute and my whole system slowed to a crawl. I'm not sure what happened here but I can't seem to get it to recur. If anyone else experiences issues like this, let me know.

BTW, In case I forgot to mention it, I have fully updated the system and am using the default sources with no PPAs installed to make this review as fair as possible and so that I do not affect the installation with third party sources.

Nautilus 3.20 includes a number of fixes and improvements which you can read about here. One small and handy update is the display of free space when selecting Other Locations within Nautilus. Overall, I found it much quicker than before, especially with regards to searches.

Something that plagued me quite a bit during the writing of this Ubuntu 16.10 review was the number of “System Problem Detected” pop-ups I kept getting. This happened on multiple machines. I experienced ones related to Webkit and numerous related to Compiz and the system compositor: For the purposes of this review, I won't be running Ubuntu 16.10 as my desktop of choice anyway so it's not going to affect me but for those of you out there considering using it for your desktop of choice, you may wish to wait a month or so for some of these to potentially get resolved before installing. Of course, I don't know all of the details on when or whether these will occur for everyone and we all know experiences can vary greatly so proceed at your own risk.

This will open a file editor. Use the arrow keys to navigate and change enabled from 1 to 0. The press CTRL-X to save and Y to accept the changes. Reboot and they should be disabled.

If you are an active PPA user and rely on third party repositories, it's best to wait a month or so before you proceed with installing this release. It often takes a bit for third party developers to get caught up and release packages for new versions so hold off a bit before proceeding.

Overall, I'd say this felt like a typical Ubuntu release, at least from a desktop perspective. The inclusion of the 4.8 Linux kernel is probably one of the biggest changes, which Linux.com covered quite well in their article here: https://www.linux.com/news/new-linux-kernel-48-plus-kernel-killing-bug

What have your experiences been with this release? Have you encountered any issues? Let us know in the comments below. Also, I'd love to hear from someone in a SysAdmin role about the server side changes. If someone is interested in providing their thoughts, I'd be happy to append them to this review.