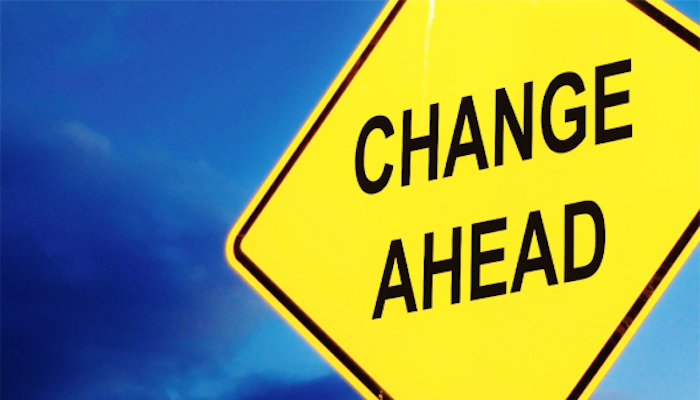 The web world is always changing. Always. For anyone whose livelihood is tied to the web, it's important to keep an ear to the ground to find out what's changing and how it might affect you. To save you the trouble of putting your own ear to the ground, we've done some listening ourselves. Here's the rumble on the biggest changes in the web industry. Whatever your role on the web, we suggest you take heed.

As discussed in a previous CMS Critic article, responsive design is huge. Right now, we're facing a sea change in the web design world bigger than anything since the Web 2.0 revolution nearly ten years ago. Sites without a responsive component are a step behind. Responsive is an integral component of any web strategy. Forsake this major trend at your own peril.

2. The Domination of Mobile

It is cliché to say anything about “the rise of mobile.” It already happened. That's old news. However, mobile domination is different from the rise of mobile. At the close of last year, CNN cited the presence of five billion mobile users on the planet. That's a huge percentage of the world's population toting mobile gadgets. It represents a gigantic demand for mobile information. The mobile monster demands the attention of designers, programmers, developers, writers, marketers, and anyone else whose life is touched by the web. (Which is, uh, everyone.) Mobile is the modus operandi for accessing the web and for doing our jobs. Like it or not, it's changing how you live your life in 2013.

3. The Demand for Instant

Due in part to our mobile addiction, we want everything now. Maybe that's why Google Now is a standard fixture on all Android devices. It's more than just information —  stock tickers in website sidebars or weather widgets in our calendars. It's more than just blazing connection speeds. No, we want instant activity, instant direction, instant access, and instant everything right now. Whether you're crafting a site architecture or managing a website, think about the speed issue. How can we get even faster?

4. The Growth of Online Shopping

I'm an online shopping junkie. I even buy food online. (The fifteen-minute drive to Trader Joe's is just too much. Thanks, Amazon Prime.) The world's move to online shopping is on an upward swing. We're watching rising rates of online shoppers flock to the shopping websites across Europe and Asia, and pretty much everywhere in the developed world. More online shoppers means more online stores, bigger online stores, and heightened demand for the tightened integration of CMS, CXM, and CRM. More money is being spent online. A lot of someones are going to get a lot of money.

5. The Decline of SEO

The domination of SEO is fading. Sure, SEO is going to stick around for a while, but it will no longer have the immense clout that it once had. There are two major reasons for this; both reasons are rooted in search engine algorithms. First, search engines are becoming prescient. They know what words you're going to type in the search bar before you do. This goes beyond autocomplete. Search engines have the ability to anticipate searches based on your search history, geographical locale, demographic, and other features. Anticipated searches and user-specific results means that SEO is getting weaker by the minute. Search results are at once, far more nuanced and yet less malleable. We can't force rank shifts as easily as we once could. Second, the algorithms are adept at weeding out junk pages, content farms, spammy sites, and irrelevant information. (I'm looking at you Google Penguin.) Rankings have less value when a search engine acts more like a human than a search bot. And that's what we're dealing with now — search algorithms with humanoid complexity. Yes, SEO is declining, yet his is not the decade-old declaration that “SEO is dead!” Nobody's dead yet. SEO is just changing just like everything else in the web world. SEO is shifting in style and approach, and therefore its influence is waning.

6. The Rise of Personal Influence

Rushing in to fill this void is the rise of personal influence. We all know that Web 2.0 is an intensely personal and interactive web experience. With personal blogs aplenty, Twitter, Facebook, Google+, and social media overkill, there is no longer any reason to feel like the web is an impersonal entity. The social trend is coming to maturity. Personal influence is going to matter more and more. For example, a single tweet from one individual can create a massive ripple in the Twitter pool. Likewise, the more prolific and skilled a blogger, the more you'll see his smiling mug in the search results of Google, thanks to Google+. It's less likely that a company will command your attention, and far more likely that an individual will carry that company's flag to the front lines. Personal influence is much more than just hiring managers checking out your Facebook page and LinkedIn profile. The rise of personal influence admits that the Internet is full of people writing information, people selling goods, people selling services, people sharing their lives, people uploading photos, people communicating with other people….people, people, people. Internet equals people. Therefore, it is no wonder that the web will ride on the wave of personal influence.

These trends are not just changing the web industry; they're changing the world. Although this article doesn't chase down the various ramifications of these changes, you'll probably want to do some thinking about how to respond in your own unique situation. Change is happening. We must learn to accept it, embrace it, and thrive.