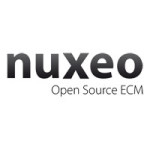 Nuxeo, the Open Source Enterprise Content Management (ECM) company, today announced that it has seen significant growth in the ECM marketplace – particularly in North America. In 2009, Nuxeo more than doubled its revenue, launched several new products and features developed in conjunction with the open source community and won several industry accolades. The open source document management company also now has expanded to 50+ employees in Paris and Boston and more than 50 partners worldwide.

“Our experience over the past 12 + months in North America is that there is a large segment of the market that want the breadth and depth of larger content management systems from first generation ECM vendors such as EMC, IBM, Open Text and Oracle – but today they require more modern, extensible architectures and lower overall costs,” said Eric Barroca, CEO of Nuxeo. “Our appeal is a feature rich ECM platform and packaged applications that address the architectural and functional needs of large enterprises, but are also easily deployable in a wide range of environments and extended and developed by customers themselves.”

– Major Growth of Subscriber Base – Nuxeo has tripled their customer base in 2009, boosted by a move to the North American market and the improvement of its Nuxeo Connect, the company's flagship subscription offering delivering software maintenance & support to its customers. New global customers in 2009 include Orange, one of the world's leading telecommunications and network services companies; Jeppesen, a division of Boeing; EllisDon, one of the largest building contractors in Canada; Serimax, an international full service welding company; Cengage Learning, which makes customized learning solutions for universities, instructors, students, libraries, government agencies, corporations, and professionals; Frequentis, which supports state and local governments with emergency response/command and control applications; and Vilogia, a France-based privately held property management company.

– Revenue Growth: In line with its growing subscriber base, Nuxeo has seen a 285% growth in 2009 revenue compared to close of 2008. This validates the company's strategy to deliver an open source ECM platform as a foundation for content applications. This growth also demonstrates a successful expansion into the North American market and ability to compete with and beat proprietary and open source ECM vendors alike. With demand for Nuxeo Connect subscriptions on the rise, the Nuxeo revenue mix has shifted to more packaged support and maintenance deals. At close of 2009, Nuxeo's revenue is largely driven by its subscription offering.

– Galaxy Partner Program launched – 50 partners — integrators and application providers — have signed up for the Nuxeo Galaxy Partner program since its launch in July 2009. The Nuxeo Galaxy Program gives business and field experts the ability to package their knowledge and offer both horizontal and vertical applications, designed to meet specific content management challenges. Galaxy partners deliver their domain expertise and solutions to their customers as well as to the broader, ever growing Nuxeo community.

– Significant community contributions – Nuxeo was able to expand its product in a number of meaningful ways including through contributions from its open source community. For example, Nuxeo added support for OpenSocial through the contributions of one of its larger customers Leroy Merlin with the Nuxeo DM 5.3 release in October 2009.

– Gained industry accolades – Nuxeo continues to be recognized by leading publications and win awards. It recently won TechWeb’s Intelligent Enterprise Editors’ Choice award that recognizes the most influential technology companies impacting enterprises today. It was also listed as one of “10 open source projects worth checking out” by TechRepublic.

– Now has more than 50 employees, up from 38 in 2008 – Nuxeo continued to grow the number of employees both in Paris, as well as the new office in Boston. Among the high-profile hires was appointing David Cloyd, General Manager of the Americas and Cheryl McKinnon as its first Chief Marketing Officer. McKinnon brought more than fifteen years experience in the ECM space, most recently with Open Text. – Leadership role with Apache Chemistry incubator project & CMIS – Nuxeo spearheaded the creation of the vendor-neutral Apache Chemistry incubator project, which is developing a generic, open source Java reference implementation of the Content Management Interoperability Services (CMIS) standard. Nuxeo also participates on the OASIS CMIS technical committee, which is working on creating a standard web services infrastructure to allow enterprises to more easily share information with multiple ECM systems as well as between ERP and CRM systems.

2010 also off to a record start with the releases of Nuxeo DAM and Nuxeo Studio. The Nuxeo Digital Asset Management offering, Nuxeo DAM, helps organizations catalogue, process, store, retrieve, and distribute rich media content, including images, audio, and video. Nuxeo Studio is the configuration and customization environment for Nuxeo EP, Nuxeo DM and Nuxeo DAM. Nuxeo Studio is available to subscription customers to help them accelerate application building with a simple web-hosted design tool. Nuxeo DAM is driving new deals early in 2010, with the first closed contract achieved within 30 days of product launch.