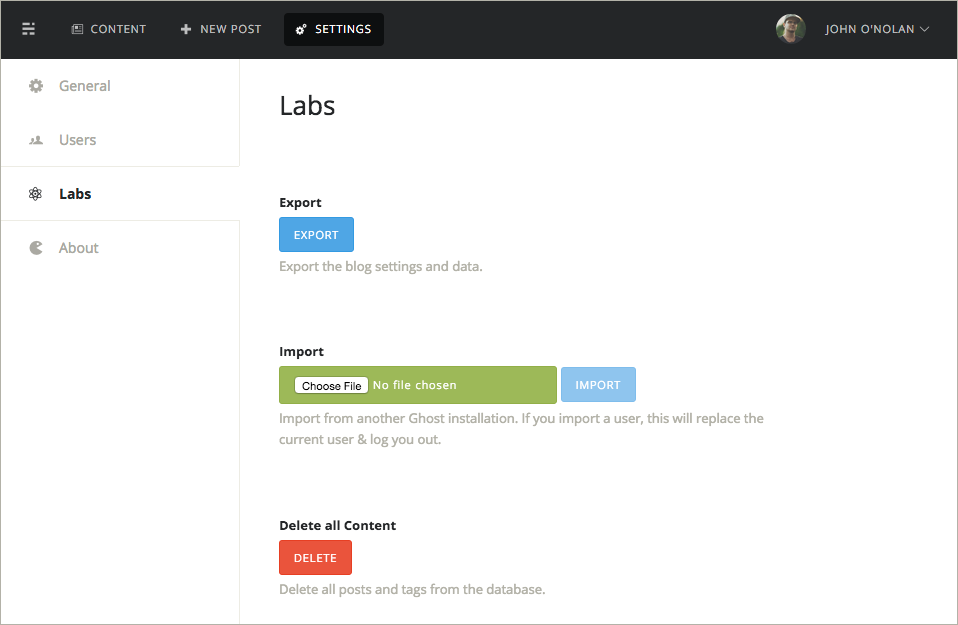 Not too long ago, Ghost announced plans to release features on a (very) regular basis. Now though, the youthful blogging platform has gone a step further, enabling users to test features still under construction.

Ghost is a relatively new and exciting blogging platform. Recently, it was crowned the 2014 Critics' Choice Award Winner for Most Promising CMS.

This new feature has been given the name Ghost Labs. Essentially, Ghost Labs is a brand new settings page within Ghost which allows you to access bits of brand new and unreleased Ghost functionality.

John O'Nolan, the founder of Ghost, had this to say:

“The intention is to get real people testing new features as early as possible so that we can get lots of feedback about how well it is (or isn't) working before we roll it out to everyone.”

So, Ghost users can now access import and export features more easily (whereas previously these were hidden on a debug page), as well as some handy tools to reset content.

Ghost Pro users can start using Ghost Labs immediately. Users running Ghost on their own servers can jump into the digital lab by upgrading to Ghost 0.5.6.