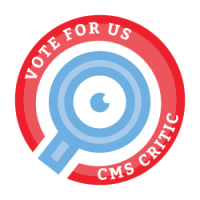 We are half way done the voting stage for People's Choice Awards and we've seen a huge response!

We have received thousands of votes in all categories and are getting close to the end of this years People's Choice awards. We're excited to begin announcing the winners of these awards throughout October.

Also during the month of October, the judges (to be announced here shortly) will begin deliberating on the various categories for the Critics Choice portion of the awards. This is where the judges choose the best of the best based on our experience and familiarity with the market.

We wanted to thank everyone for their participation in this years awards and for making it the single most popular awards program on the ‘net. We never expected it to take off as quickly as it did, but now that it has.. we have huge plans for next year.

So keep on voting and get ready for the announcements starting October 1, 2013.