Ghost, one of the most exciting blogging platforms in the world, has announced a massive digital migration project.

The open source platform has come along leaps and bounds since its relatively recent emergence in 2013. It has been made winner of the 2014 Critic's Choice Award for Most Promising CMS, acquired Roon.io, and has rocked the boat of blogging platforms everywhere — including WordPress.

Now, in a bid to both improve the quality of Ghost(Pro) — the platform's hosted solution — as a product, and also to protect Ghost(Pro) users from legal issues over their blog-expressed opinions, Ghost has made two separate moves, both of which are interesting.

Ghost was initially propped up by Dell servers in the UK, but John O'Nolan, Ghost's founder, has opted to relocate the service to a, “new [and] more robust home up in The Cloud (TM) — on top of DigitalOcean’s global infrastructure.”

The transition will be gradual, but will eventually see that Ghost(Pro) users get a better level of performance and stability from their blogs, thanks to them running on far more sophisticated hardware and a wider network.

Moving to DigitalOcean will also allow Ghost to work towards providing HTTPS support for all customers, which is a common request according to them.

Customer Data In The UK? No Way.

Historically, Ghost's customer data has also resided in the UK, but not for much longer.

Citing the UK government's recent pledge to scrap the Human Rights Act, Ghost has grown concerned over the freedom of the words they battle to help publish. According to them, some of their more outspoken customers could be in legal danger if they choose to keep their data UK based.

The Netherlands on the other hand, is ranked second in the world for Freedom of Press. And that's why Ghost's customer data is moving there. 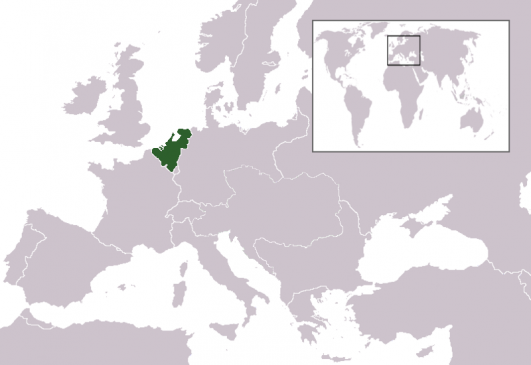 “Ghost stands for freedom of speech and independent publishing.

In addition to the big upgrade in performance with this move, we’re also incredibly excited about the greater privacy and legal protection which this new location is going to provide to all of our customers and users.” – John O'Nolan

This Dutch promise of enhanced freedom, paired with the presence of DigitalOcean's AMS Centre in the Netherlands, made for the perfect new home for Ghost's default customer data. It's another way in which Ghost seem to be genuinely and proactively putting their customers first.

On a side note, this also gives us an interesting insight into how politics impacts the world of CMS. Ghost may not be the biggest name in software at the moment, but their vast potential and rapidly growing user base will be a loss to the UK, for sure.

Ghost have also said that, over the coming months, they'll be dishing out more details about how Ghost(Pro) works on a technical level. All part of Ghost's open and friendly (and nerd-friendly) relationship with its user base.

Find out more about this announcement via the Ghost blog.

And of course, you can explore more of Ghost through our CMS Directory.